As WWDC 2020 keynote nears, we expect Apple to reveal plenty of new software features coming to its devices, especially new ways to track health through iPhones and Apple Watches. But we’re also hoping the tech giant chooses to move beyond simply providing the tech to track Covid-19 and promotes its own tracker that works within its health suite.

To be fair, Apple has plenty of reasons not to release its own solution. Most notably: it’s letting other countries make their own decisions according to their own health and privacy protocols.

In early April, Apple announced it was partnering with Google to enable Covid tracking within its phones. Folks assumed this meant the companies were releasing their own apps, but the tech giants deliberately noted they were simply enabling governments or health services to create their own iOS and Android apps based on Apple and Google’s software API model.

That model, the companies explained, provided ways to anonymize data (via randomly generated keys and Bluetooth encryption) to keep it from being used to identify individuals. An app built on this model would alert users that they’d been in proximity with a Covid-infected person, but not in a way that would indicate who they were. The data would be decentralized, to keep identities from being exposed or data exploited.

While there are certainly concerns over this model, it’s been vindicated in its own way: the UK NHS initially rejected it in favor of contracting domestic companies to build their own app, but two months later, the failed effort has led the NHS to embrace Apple and Google’s model.

Part of the problem was technical. Since NHS-contracted developers weren’t using the tech giants’ specific model, which allows constant Bluetooth scanning in the background, they needed to find less efficient workarounds for restrictions in Android and iOS, which the NHSX conceded wasn’t possible, Wired UK explained. Further, battery loss and bugginess hindered use of the app.

Similarly, Australia’s home-built CovidSafe app has struggled to work around operating system restrictions, to the point where researchers found that simply locking an iPhone would prevent it from exchanging contact info, per ZDNet.

In short: avoiding the Apple and Google model/API and its access has led to what seem like intractable roadblocks for basic background use, let alone the litany of little issues that annoy users into ditching their country’s apps.

Enter WWDC 2020, and the benefits of integrating Covid-tracking with the Health app. 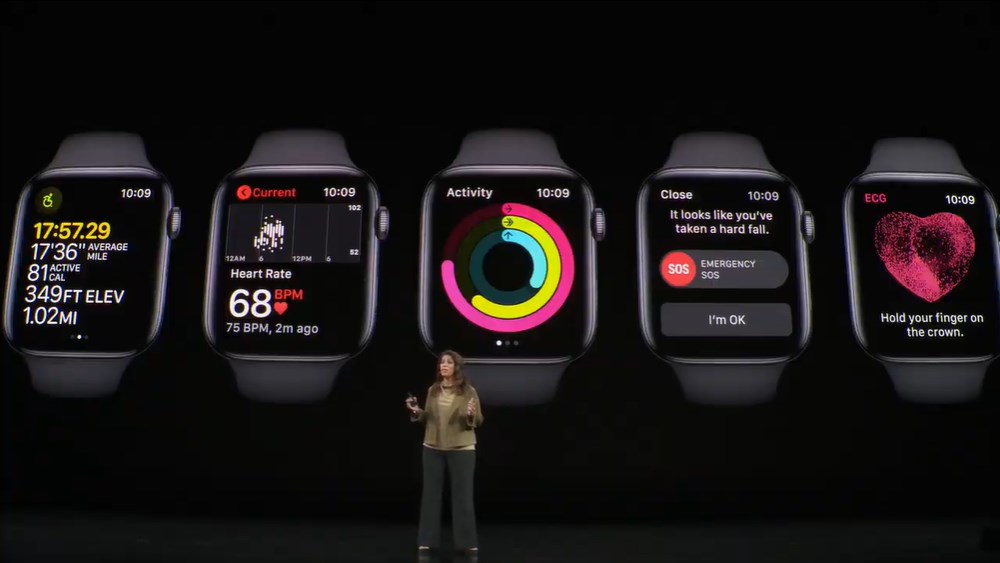 Apple isn’t the kind of company to decide for users what data is tracked – after all, the Apple/Google tracking API is opt-in by default – but there’s plenty of resources that the Health app, and Apple’s range of devices, could assist with.

Currently, Apple is pretty hands-off with Covid examinations, providing only an online screening tool that requires folks to self-report on symptoms and pre-existing conditions. While the latter are outside the scope of Apple’s device lineup to detect, there are some biological factors that could be.

Take, for instance, the recently-released study by West Virginia University and startup Oura Health that, in its first phase, predicted Covid-19 related symptoms like fevers, coughing, and breathing difficulties three days in advance with over 90% accuracy – so long as they were wearing an Oura Ring, a device that measures body temperature, heart rate, sleep patterns, and respiratory rate. The study also tracked psychological, cognitive, and behavioral biometrics to contextualize results, but the results are promising.

Apple’s devices can track some, but not all, of the factors allegedly monitored by the Oura Ring. While the latest Apple Watch 5 can’t measure temperature, it can track heart rate,and  its successor, the Apple Watch 6, is rumored to be getting sleep tracking along with the capability to measure the oxygen levels in your blood via a pulse oximeter – which can be used to find respiratory rate.

Combine that tracking with the conditions a user has already disclosed within their Health app, including Covid-relevant factors, and their Apple Watch + iPhone setup could detect that they’re potentially Covid-positive before they do. Which, of course, could prompt users to get tested, thus accelerating positive identification.

We could see Apple simply announce that kind of robust tracking at WWDC 2020 and leave further action (like contact tracing) up to governments and health services. But a holistic Apple-run approach could streamline detection. Think: after encountering a Covid-positive person or even being in a location that’s been visited by some, the Health app could prompt a user to be aware of particular symptoms given their medical history. Even those potential infection vectors could be fed to at-risk users to avoid certain Covid-risky areas, for instance.

There’s a lot of reasons governments would want a personal handle on running contact-tracing, but Apple at least has the tools to see it done well.